For the next few weeks, this fascinating series will give us a glimpse of the passionate and dedicated students who are forging a path to a successful career in F1. 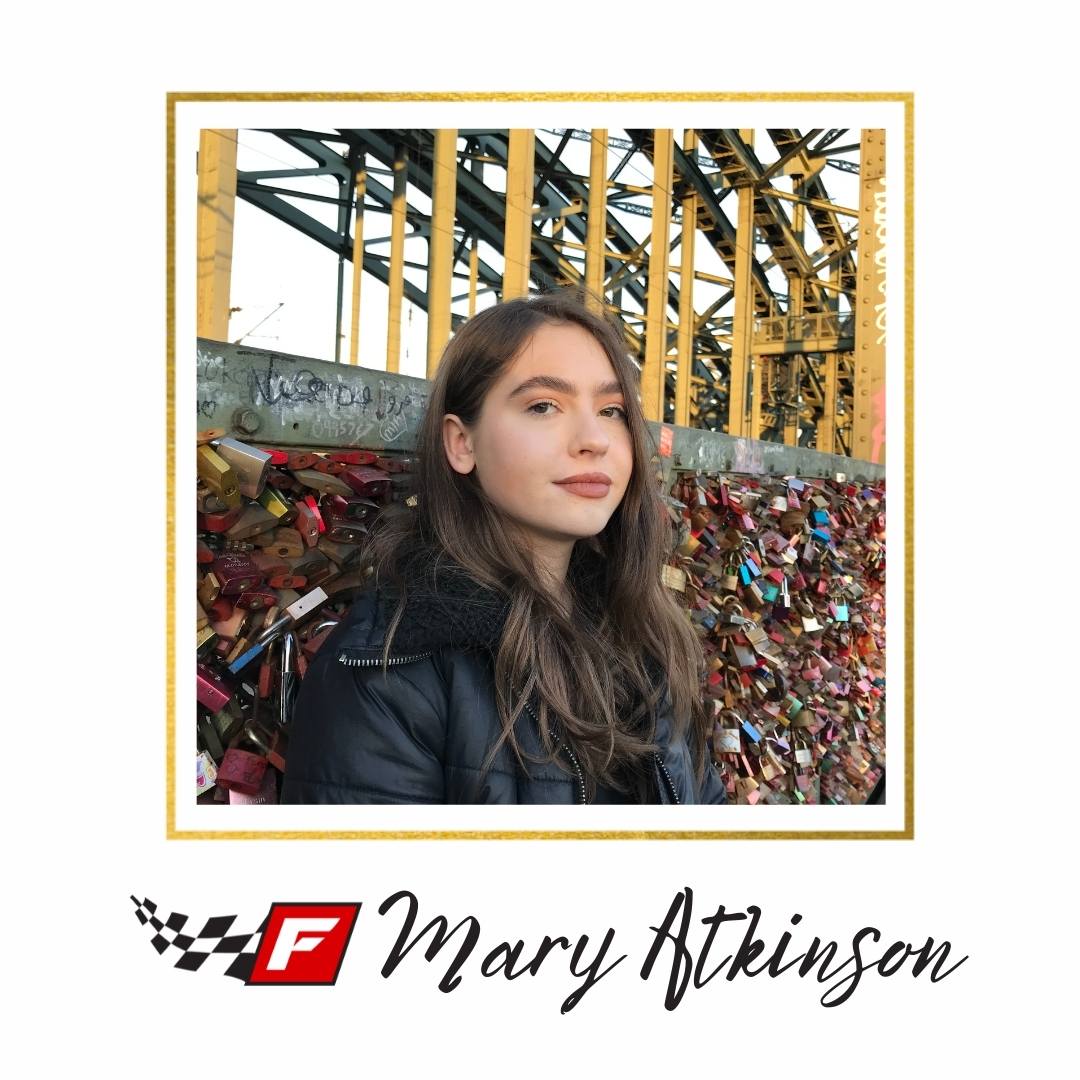 To say my journey so far has been a crazy one might be a little bit of an understatement, here’s why.

Hi, my name is Mary, I am a twenty-one-year-old student currently in my second of four years at Durham University studying Liberal Arts a unique interdisciplinary program which allows students to study up to four subjects from three faculties – Arts & Humanities, Business and the Social Sciences. I’m currently studying English Literature, Philosophy and International Relations, with the aim of becoming a broadcast journalist and presenter working in sport with my focuses in F1 (& F2, W-Series, Extreme E etc), cycling (of all forms) and winter sports.

However, my journey to Durham and where I stand today has been unorthodox, to say the least. But, I hope displays how with enough persistence, determination, refusal to say no and of course hard work that truly anything is possible.

THE JOURNEY AND THE CHALLENGES:

At age sixteen after my GCSE’s I, unfortunately, fell seriously unwell after trying and failing to get a diagnosis for many years. I was diagnosed with an auto-immune disease after spending a month in the hospital and having to undergo an emergency surgery to save my life.

Over the following two years, I underwent two further surgeries to resolve my condition and give me the best shot at normality. But this time at a different hospital, keyhole, and, with a leading surgeon who had recently done the same surgeries on a footballer who was at that time playing for Manchester United. Reassuring, most definitely and I was right to be reassured, my health thankfully making a full comeback in Autumn 2018 and to an extent that still shocks my team today, exceeding their expectations with incredibly low chances of the illness ever returning. 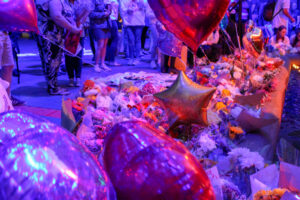 However, that was not the only obstacle during this time. In May 2017, at seventeen, I attended the May 22nd Ariana Grande concert in Manchester, and, as most of you will have probably already figured out, was the night of the terror attack. A night that although didn’t harm me physically, harmed me mentally and changed my life forever.

These events led to me, unfortunately, being forced to drop out of sixth form, leaving with only AS Levels in English Literature and Language Combined, Photography, Politics and Media Studies.

My health condition had not been accommodated well by my school despite mine and my GP’s best efforts. They told me that “university isn’t for people like you” and that I should get a job or do something more practical and less academic instead which I believed was nonsensical as advice for someone suffering from severe illness at the time but, I refused to let it define me.

If anything, it simply drove my overly ambitious nature more. I would do anything to prove them wrong. I knew they were wrong, and used their doubts as a driving force rather than an obstacle.

Due to funding-related issues, re-sitting A-Levels was not an option. So I began to research alternative options, knowing that there is always a way, you just have to find it. Perhaps it isn’t the big grand entrance but a window or a fire escape, you all end up in the same building eventually, right? 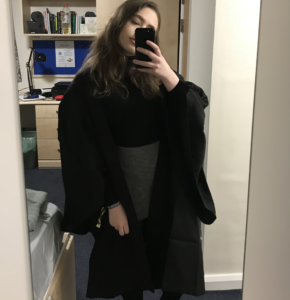 I eventually stumbled across foundation years applying to six in total (one external to UCAS) and after many interviews and assessment days earned four unconditional offers including two at Russell Group Universities namely, the University of Bristol and the University of Durham, where I currently attend.

I began to study at Durham in late 2018 reading Politics but quickly learned that the subject was not for me and a much-needed lesson in not rushing health or serious matters, my final surgery only a month and a half before my matriculation. So, after my first term was completed I took a year out to gather my thoughts and myself.

During this year out I worked full time and self-funded almost two months of solo travel around mainland Europe in the summer. A dream of mine but something I had felt too scared to do alone or wasn’t possible when I was sick. 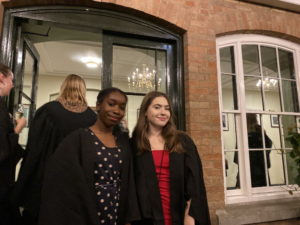 However, with time to rest and gather myself, the determination to get hired despite almost zero work experience due to being unwell for the previous two years and, the self-restraint needed to save almost all the money I earned; alongside the organisational skills needed to plan such a wide-stretching long trip and, my international network of friends met in the most unusual ways, who left me rarely spending time in my own city or at home, I knew I was ready to go, and it was the trip of a lifetime.

It was during this time I realised I wanted to transfer to the Liberal Arts programme and put in a request during my first week back in Durham. 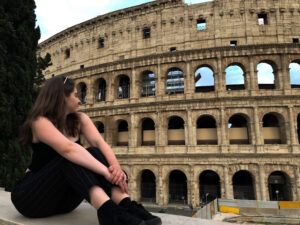 This switch is a reason why I support gap years. Seeing too many students entering degree programs that simply do not fit them. Time on your own to gather your thoughts is of vital importance as a degree is a large commitment that you shouldn’t be expected to be certain of at age sixteen or seventeen. And truly, no one cares what age you graduate, what is a year in the grand scheme of things? You can also take advantage of the time to gain work and life experience and travel.

On my return to Durham in 2019 I completed my foundation year, gaining a 2:1 with many 1st’s including in an extended research project. This final grade high above the pass and progress mark and the equivalent of A*AA-plus A-Levels. Evidently proving my old school wrong and moving on.

However, although I had figured out during my gap year that I wanted to become a journalist and knew before I wanted to work in media the specifics didn’t come until later. I had flirted with the idea of becoming a fashion journalist or working in PR/Social Media for a fashion house but, the more I dived into it, the less it seemed to fit.

It wasn’t until lockdown when I considered sport or F1. I had always struggled with the gender perceptions pushed on to me by others when I was younger. Even hiding the fact I was a Taekwondo red belt or played with Lego and watched F1 with my dad as a kid. Falling into more traditionally female interests as I got older such as fashion and feeling as if I couldn’t possibly like both. But, that is of course false, women and girls are allowed to like both, as are boys and men, we all possess a duality and shouldn’t suppress that. It was over the course of a year and a half I began to gradually get back into sport after struggling with the idea of being able to be passionate about both.

On one particular day watching F1 with my dad, the idea of becoming a broadcaster/presenter just clicked. I had been complaining about the lack of women on my screen and generally in the sports I watched. To which my dad said, “why don’t you become one of them then?” fairly nonchalantly. He of all people knew how hard it would be of course but, after the things, we had been through and he had seen me achieve, didn’t doubt for a second or at least how hard I’d try to make it happen.

It was as simple of that, as if a flick of a switch, it clicked. My ultimate aspiration today to become a broadcaster/presenter for Formula One but also for a winter-related sport, the F1 off-season almost co-ordinating perfectly with the winter sport season and the Winter Olympics when they occur. With further interests in women’s cycling and para-sport which I would also love the opportunity to cover. 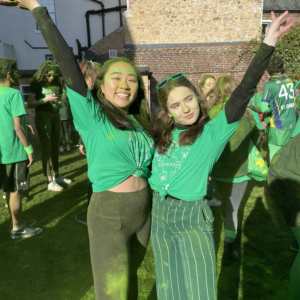 Ever since I have been working on gaining journalistic experience but also wider experience within media. Being a Social Media & Communications Intern for my college at Durham, St Chad’s from October 2019 to March 2020, freelancing in PR for a small Dutch musician friend of mine creating artist bios and press releases, working as an extra, writing for my university newspaper Palatinate as well as a few other student outlets, starting a podcast with said Dutch musician friend and becoming a Welfare Campaigns Officer in my college JCR. Additionally, applying to internships within media when available.

This leads me on to my biggest piece of advice for fellow students – take every opportunity in gaining experience at university particularly within student journalism. A degree only gets you so far, experience is what helps you stand out and helps you progress. As well as networking, you will be surprised at how welcoming and friendly people will be, how many will genuinely want to help you and how many other students are in your position. For this, I’d recommend joining LinkedIn and the FIA Girls on Track and Formula Careers groups if you aren’t already a member.

Other figures aside from my Dad that inspired me to take this path include Jennie Gow, Rosanna Tennant and Laura Winter. All through their work of course but also, Jennie, through her incredible free webinars throughout the pandemic, aiding in inspiring the next generation and providing tangible, useful advice. Rosanna as a Durham alumna, someone I would love to interview for our university newspaper Palatinate. And Laura, through her coverage of both F1 & Cycling showing me I do not need to limit my aspirations to one single sport (as well as her wonderful podcast.)

That takes me to today. So much has happened but, at the same time, I know I am only just getting started. Who knows where I’ll end up but maybe I’ll see you there? 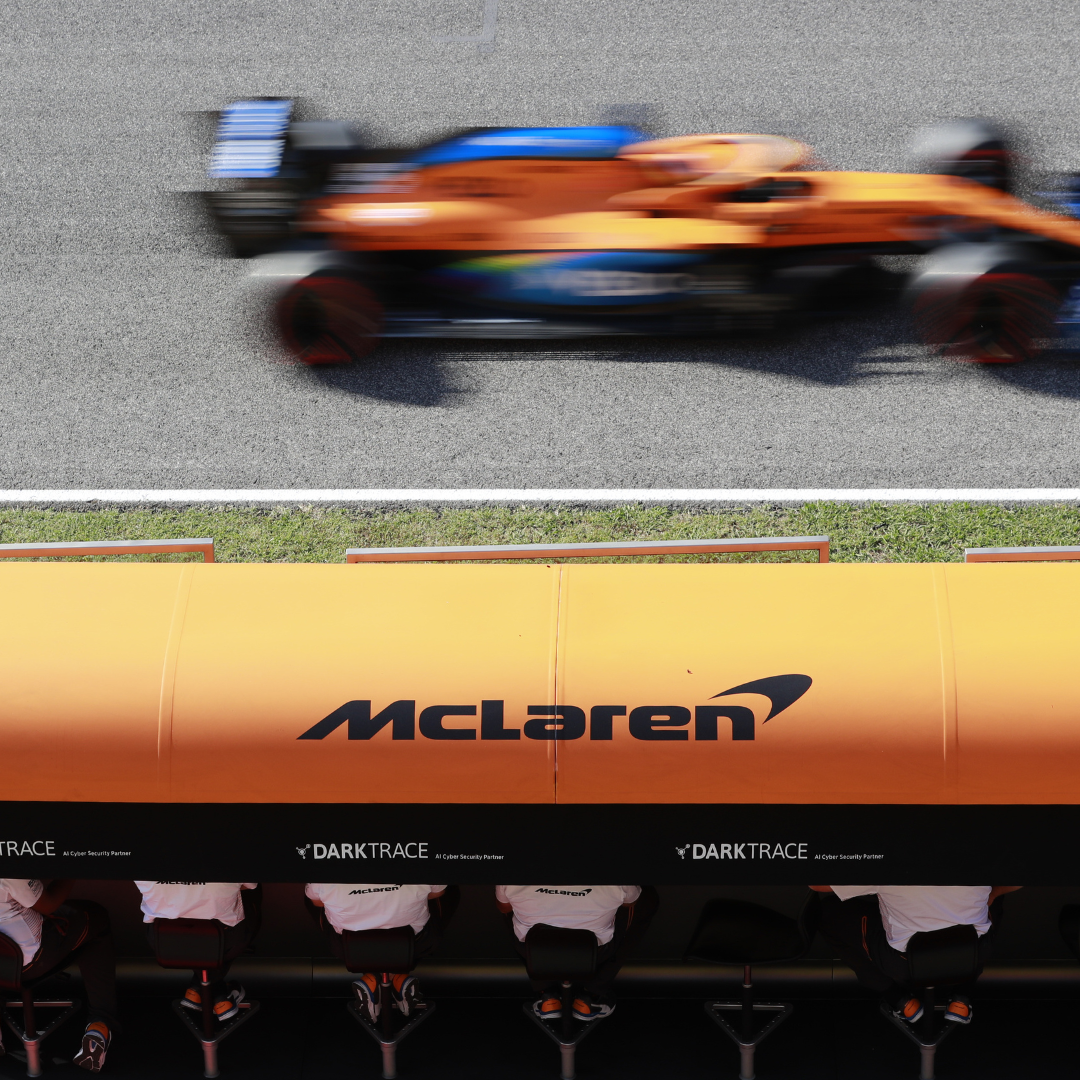 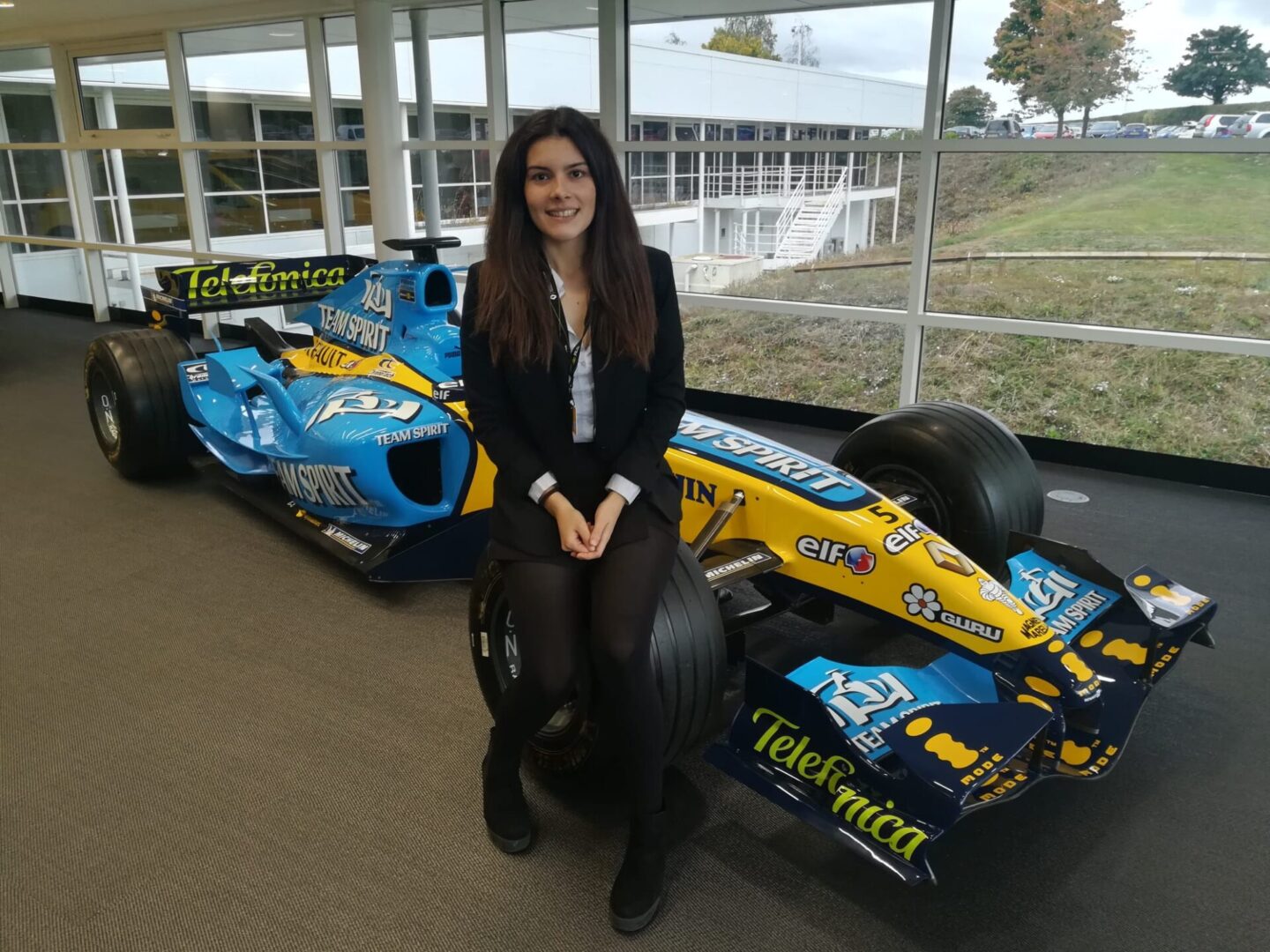 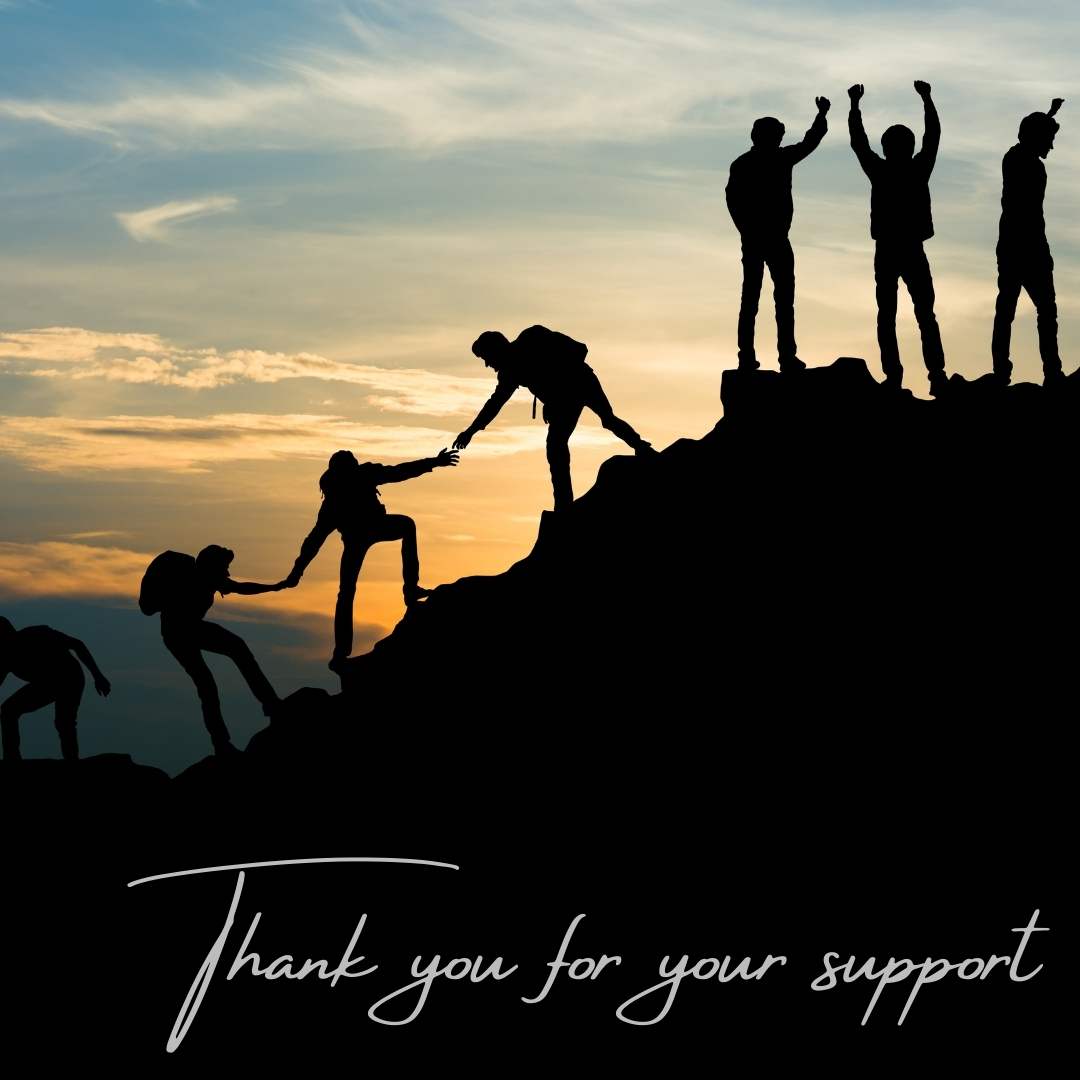